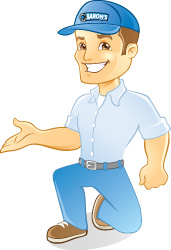 About Our Founder, Richard Baron

Richard Baron, a third generation master plumber, has lived and worked in Sarasota County for over 40 years. During this time, Richard has earned the reputation of being a hard working and honest businessman. Richard and his wife, Sharon, owned a local plumbing company in Sarasota for over 35 years. During that time, Richard began providing many of the services that Baron’s Jet Tec currently offers. Richard decided to sell his plumbing company in 2005, in order to dedicate his time to Baron’s Jet Tec. Since then, Richard has devoted his time to serving thousands of satisfied customers throughout South West Florida.